Travel and spread the Love and Peace :D

DAY 24: we get to PRAGUE; local beer,beautiful old town and sleep on airport…

We got up early in train station of Bystrzyca Kłodzka and we hoped on a regional train that took us to USTI NAD LABEM in Czech republic. 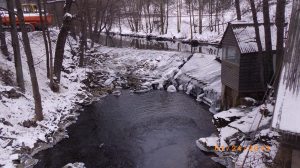 From there we got to another small town and I took a walk trying to hitchhike but at the end we had to get another local train and then a faster train to PRAGUE, passing through Pardubice. To save on money, I paid ticket to Pardubice and we stayed on till Prague. 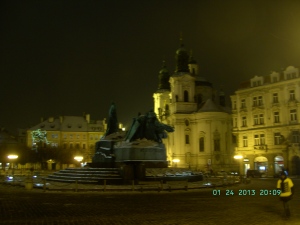 I tried to get a last minute couch in Prague, but when I asked for it I thought I will be earlier in Prague.On the day we arrived our two potential hosts were both out of town. So I decided to walk around the old town and ask in tourist office about homeless shelters. 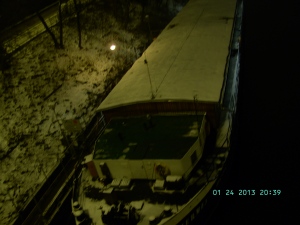 I went to the boat on the river Vltava that is one of the shelters run by the city of Prague. As I arrived there I realized that you have to be Czech citizen to be able to enter and also I would have to be there early in the morning to ask for a night stay.

I went back to old town and enjoyed a local beer as Evelyn was playing with the waitress. 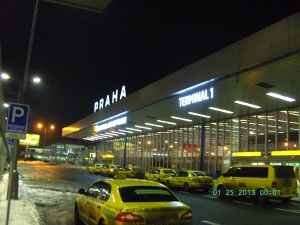 As it was getting colder, we took a last bus to airport where I sat on a bench reading a book and pretended that I am waiting for morning flight. Evelyn fall asleep very quickly and I followed holding a book in my hand.

Hm... Life experienced through the eyes of sometimes man and sometimes muppet :D

Would love to see your comment; Thanks Cancel reply